Laser Update: Watch Some of the Key Players for Yourself ... 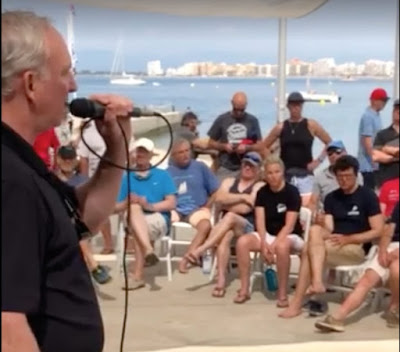 Key players in the Laser class, including Eric Faust (ILCA's General Secretary), Jean-Luc Michon (EurILCA's President) and Alexandra Behrens (President of the German Laser Class), discuss many of the key issues surrounding the Laser class and its future at the Olympics.

An important element is that, according Faust, the parties to the discussions to resolve the Laser crisis are still too much apart, dixit World Sailing, which is facilitating the discussions.

Faust argues in favor of a class rule change, which is supposed to resolve the Olympic issues, while not necessarily lead to a name change for the boat. Time is extremely short: the vote should be completed and processed by the end of July.

This is a long video but it's worth watching if you are interested in the future of the Laser.