Is Changing the Laser Rigs a Popular Idea?

November 23, 2019
If you are on Instagram or Facebook, it’s likely you will have seen the various ads for new rigs for the Laser. There are ads by LaserPerformance, promoting their ARC rigs (see picture), and ads by Up Marine, a Honk Kong company selling the C rigs. 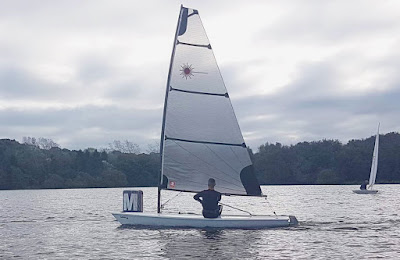 The ARC rigs were developed by Doyle Sails in the US. The C rigs have been developed in Australia by Bethwaite (cf 29er, 49er, Byte CII). The Laser class president is an  advocate of the C rigs, as can be seen in this video.

With the governing body of the Laser class, the World Council, meeting this week-end in the USA, it’s worth looking at what is the popularity of a rig change. It is indeed heard that key individuals running the Laser class would like to further promote the C rigs, and may get ILCA’s Advisory Council and/or World Council to pass a motion accordingly.

So how popular is this idea of a rig change? Here are the results of an informal poll posted on a popular Facebook group. This is obviously not claiming to be scientific. But the results are interesting and largely corroborate what can be heard when speaking to Laser sailors at regattas and elsewhere.

The question asked pertained to the C Rigs, that are supported at ILCA by the president and a few individuals.

Response #1: No, the existing rigs (Standard, Radial, 4.7) are fine and don’t need to be changed in the foreseeable future. 67%

Response #2: Maybe, but extensive independent testing of any new rig should be done first, before any rig change is to be considered any further. 20%

Response #3: Yes, the C rigs should be adopted, but only after a democratic vote by the Laser class membership, like for any important class rule change. 13%

Response #4: Yes, without any membership vote, as just the AUS and JPN builders, the USA president & the AUS vice-president have the authority to decide. 0%

A vast majority - two respondents out of 3 - considers there is no need for any rig change in the foreseeable future.

Some significant minority - 1 out 5 respondents - considers it useful to proceed with independent testing of the proposed rigs, which could actually entail also testing the ARC rigs. Such independent testing would need to precede any further steps towards changing the Laser rigs.

There is just over 1 out of 10 respondents who are in favor of adopting the C rigs, yet only after a successful vote by the Laser class membership.

And the scenario feared by many, that a change in the construction manual by ILCA’s advisory council - known to support the C rigs - could impose the new rigs without any vote by the class membership, receives zero support.

So there seems that there is no appetite for any rig changes to the Laser. The vision of the class president, of Lasers without any white sails or aluminum spars, is clearly not widely shared.

Of course, there are substantial commercial interests at stake, even if the rig change may be of little interest from a sailing perspective.

We should soon know how ILCA’s World Council will make decisions on this question.

Will ILCA listen to Europe and put this rig change project on the back burner?

Or will ILCA go ahead with its idea to progressively replace the 4.7, and risk even further a geographical fracture of the Laser class?