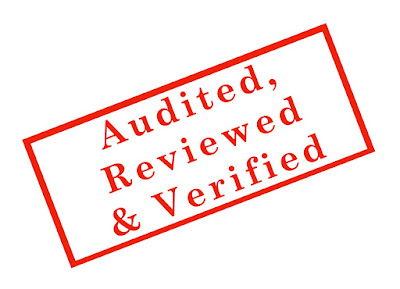 Included is a « Resolution of the ILCA World Council » dated November 24 2019, whereby the council accepts the results of the 2019 rule change vote.

« The voting results were independently audited and have been reviewed and verified to the satisfaction of the World Council, which considers this matter is fully concluded. »

The resolution is signed by 13 council members. As previously indicated, there are major Australian and  USA influences on that council, with 5 members from these 2 countries alone.

Somewhat surprisingly, the two representatives of EurILCA present at the meeting in Texas also endorsed the vote. A third European representative, the former president of ILCA, was absent.

The vote is one of the elements in the Laser class unusual strategy to « debrand » the Laser, to circumvent the Laser trademarks and to appoint new builders.

The idea is for new builders to sell « ILCA Dinghies » or otherwise named equipment in Europe, North America and other regions where Velum/LaserPerformance hold the trademarks for the Laser name and logo.

The ILCA strategy was presented in September to World Sailing, in the form of « proposed arrangements » which led to the reconduction, by the World Sailing Council, of the Laser for the 2024 Olympics.

At the time of publishing this post, the audit report, by the UK-based firm PKF-Francis Clark, was not made public by ILCA, neither in the form of an executive summary, nor in full.

Actually, ILCA did not even make public the name of the company that audited the vote, but the name appeared on a circulated email.

PFK-Francis Clark is an audit firm that is already doing business with the Laser class, as it serves as auditor for the UK Laser Class Association.

The precise terms of reference for the audit have not been made public. Yet, the circulated email indicates the auditors are « to review the voting process and procedures ... »

Remember: one of the most surprising features of the SurveyMonkey platform is for the individuals administering the vote to be able to change any votes as they see fit … No need to hack the system. It’s a feature accessible to anyone who is a vote administrator.

Other flaws of the SurveyMonkey platform include that the poll administrators can monitor all the votes cast during the voting period (one month in the case of the Laser rule change vote) and adjust their campaign strategy accordingly.

This latter feature provided a clear advantage to the Yes in the case of ILCA’s rule change vote. Those favoring the No did not have access to that critical information.

Of course, there was no confidentiality whatsoever in the process.

As we stressed previously, the SurveyMonkey platform is aimed at conducting informal, non-scientific, online surveys, and is not designed for formal / official voting purposes.

If the report by PKF-Francis Clark is made public, it will be interesting to see how this vote run on the SurveyMonkey platform has gained the blessing of this major audit firm.

Note the similarities with the playbook used by World Sailing, for certifying its 2018 Sarasota vote excluding the Finn, hiring audit firm HaysMacintyre, which concluded there were « no clear discrepancies between the electronic voting data and the World Sailing conclusions, » despite several World Sailing Council members firmly maintaining their votes had been misrecorded.

With the Laser class, we now have an independently audited rule change vote that has been reviewed and verified to the satisfaction of the World Council …

Yes, it's all audited, reviewed and verified!

Under such circumstances, how could anyone dare questioning anything, especially as, since November 24, « the matter is fully concluded » ? … :)

As we previously covered, the SurveyMonkey vote was blasted in a recent letter to Word Sailing, alleging mismanagement, bias and fraud, and requesting the annulment of the class rule change vote, to which World Sailing responded that it would not interfere in ILCA’s « internal affairs. »

Note that last Spring, World Sailing's President was very much involved in Laser affairs, while he facilitated Kumbaya meetings among the parties, including the Australian and UK builders, who were not agreeing on trademark and design right royalties, among other items.

While the World Sailing facilitated meetings were unsuccessful in getting the parties to an agreement, they led however LaserPerformance to supply boats for the World Sailing Youth Worlds in Poland, in exchange for extra World Sailing plaques, enabling the British company to continue to sell, for a while, class-legal Lasers although it was technically decertified by ILCA.

There is word also that the World Sailing staff collaborated with the Laser class to design the so called « proposed arrangements » that were then presented to the Council of World Sailing and led to the re-conduction of the Laser (not the ILCA Dinghy) for the Paris 2024 Olympics.

So it seems that World Sailing gets involved in the Laser internal affairs from time to time, when it sees fit.

Earlier this year, on August 12, ILCA had stated that it would engage an independent audit to certify the results. Yet the organization did not state that it would make the audit report public.

Will the Laser class make the PKF-Francis Clark audit report public, fully or partially, or will it keep it confidential?

How will the EurILCA members with substantial discontent regarding the Laser class react to this acceptation of the results of the contentious class rule change vote?

This is something we may learn about in the coming weeks.

What else is of interest in the ILCA synopsis of its World Council? It says there will be a larger than normal budget deficit for the 2019 fiscal year, due to expenses aimed at keeping the Laser Olympic.

No financial statements were released for the membership to be able to see for themselves.

The synopsis also says equipment from new manufacturers should become available before the end of 2020, yet warns that unanticipated issues could affect that schedule.

Continued shortages of new boats with World Sailing plaques are therefore to be expected in the mean time, despite the Aussie builder, now in a quasi-monopoly position, increasing its production of Lasers and of course of ILCA Dinghies ...

Much more was obviously discussed at that 2 day long World Council, but that is anticipated to remain confidential.

Final note, there is an indication in the statement that LaserPerformance is still being considered by ILCA as a possible approved builder.

« In parallel, LaserPerformance is also in process to become an approved builder, » reads the ILCA statement.

Although ambiguous, there is a paragraph that suggests that the factory of LaserPerformance may have successfully passed the technical inspection that occurred last August.

« A report from the Technical Officer on factory audits of current approved Builders (as well as Laser Performance) indicates that manufacturers continue to produce hulls within tight limits ... »

With its business increasingly hurt by its « termination » by ILCA last March, and its building facilities inspected by ILCA over 3 months ago in view of a reinstatement as an approved builder, will LaserPerformance continue to remain patient?

Or will the company, which was until recently supplying over 80% of the global supply of Lasers, launch its anticipated lawsuit against ILCA and its « proposed arrangements » ?

This is also something we may learn about in the coming weeks.